An Implementation of Magic 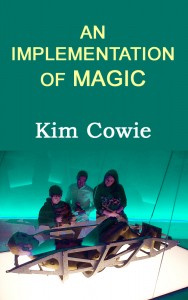 This short story was previously published in the small – press fiction magazine ORION, issue #3, in the early 1990’s. Revised 2012.
Lots of people believe in magic, but I couldn’t help thinking that if there was really anything in it, big industry and the military would be keenly interested in it for doing Big Stuff. As I said then, if Ford Motor Co could just ‘magic’ cars into existence, it would save them the trouble and expense of building a car factory and hiring workers.
We have since learned that some decades ago the US military was inquiring into ESP for possible use in military intelligence. However it seems it didn’t come to anything.

The other idea I had was that even the smallest ‘real’ magical effect would become very powerful if hooked up to tireless and fast cybernetic (computer-like) processes rather than the human mind. And the results might well be much less fun than you imagine…

The story features a married couple: the husband is a scientist while his wife believes in all sorts of magical stuff.

See on Amazon
See on Smashwords 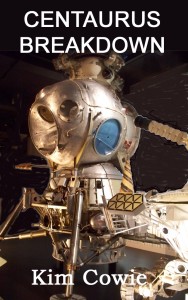 This 6000 word short story was sold to the British professional SF magazine FAR POINT in 1992, but the magazine folded before publication.
An employee of a bankrupt mining company in the Alpha Centauri system runs into trouble while attempting to reach the repatriation base.

See on Amazon
See on Smashwords