This is the first volume of a trilogy.

Imperial Princess Maihara does not get on well with her autocratic father and absorbs radical ideas from her tutor. Meanwhile, the Western capital is under assault by rebels, inspiring the strong-willed and curious Maihara to dabble with the magical box gifted to her by an unknown donor.

For more details, see ‘My Books’

I bought a MSP990 36 volt satellite positioner box to update my satellite setup. It came without a user manual. I assumed I could easily download one, but no, nothing to be found anywhere. I tried purchasing one online, and mymanuals.net claimed to have it, but when I paid the fee the manual did not download, the manual was not in their database and all I got when contacting them was a lot of weasly excuses.

Later I managed to figure out the essentials of how to operate the box so I could use it. The standard definition satellite receivers now don’t seem worth a lot of effort to repair them, as more channels switch to HD. Currently I have one HD euro satellite box and one working SD.

A few days ago I received a new router from my internet service provider, as I had had the original one for 8 years. I just had to pay a postage and packing fee, and agree to send the old one back.

I am working on a sequel, , and have a complete draft which is now under revision. The provisional plan is to e-publish another instalment on the aniversary of publication of the first part (15th January).

I am used to electronic kit being mostly reliable but have had an epidemic of failures in the past few months, several discovered yesterday:

I have had the multisatellite system for quite a long time and it has undergone several modifications. The dish is moved by a 36 volt jack actuator, which will mean little to most people, but it is a scheme which has become obsolete for domestic-sized dishes. Similarly the integrated satellite receiver/ positioners have become obsolete. The makers of my two do not seem to be even making any satellite receivers of this type any more.

Which leaves me with a problem, since the whole system is currently unusable with no working positioner. How to repair and future proof the system? I intend to purchase a stand-alone dish positioner box, which will get the system working and allow both receivers to work. All components of the system will then be replaceable with parts that are currently available new or used.

Too bad that the all4one remote died as I was going to program it to replace the dead satellite remote, but a replacement for the Echostar remote is only £10. I could work it from the front panel but it seems worth the investment to avoid crouching over the set-top box.

Free book promotion – you can download “The Witch’s Box” for free on 15 Feb 2020 from Amazon (worldwide). Links below. Don’t miss out! 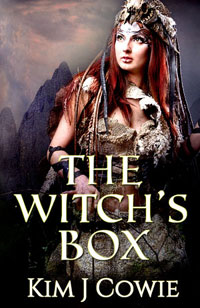 This Thursday (6 Feb) I have an interview booked on Chat and Spin Radio at 4:50 pm, where I will be interviewed for about 6 minutes about my latest title “The Witch’s Box.”

If you are not already a listener to internet radio, you will need to download an app, e.g. TuneIn (for PC).

“Welcome to the website of Chat and Spin Radio! The home of MORE MUSIC and MORE VARIETY. Listen to us on the go via our app and on the Tune In Radio app. We are a 24 hour Internet Radio Station Broadcasting over 6 years covering UK Local, National & International with our Head Office based in Tyne & Wear. We interview Book Authors / Bands / Singers / Charities / Businesses / Groups.” 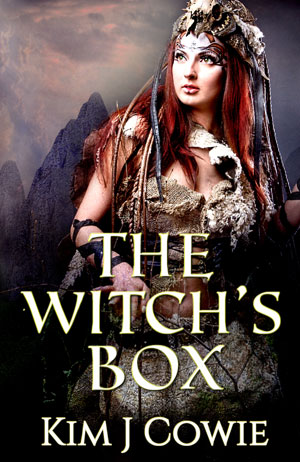 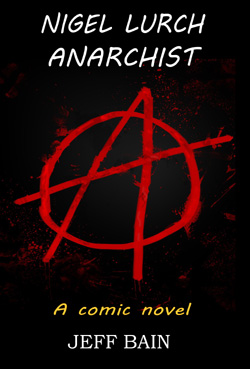 A second edition of ‘Nigel Lurch: Anarchist’ by “Jeff Bain” has been released in e-book and paperback formats, with a new cover.

‘Nigel Lurch: Anarchist’ is a comic novel with fantasy elements, about an unruly British student.

Paperback editions of “Earrings” and sequel

I have published paperback editions of “The Plain Girl’s Earrings” and its sequel “Deadly Relics”.  Both are available from Amazon in various markets including UK, US, EU.  Prices on Amazon website.