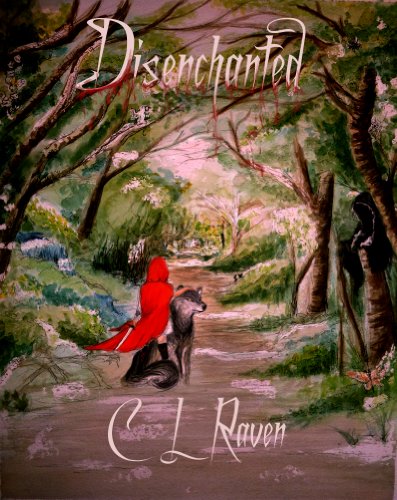 This is a short story collection from two Welsh sisters writing as CL Raven. This is a collection of traditional folk tales rewritten with a dark-fantasy feminist twist. The first story opens with ‘Once upon a time there was a beautiful princess called Snow White. Who the hell calls their child that?’ – an opening line that prompted me to buy the book. The opening story ‘Long Live the Queen’ is told from the point of the wicked stepmother as she tries to get rid of that irritating goody-goody, Snow White.

The other nine stories are in a similar vein, and most have modern settings. The same characters, for instance Prince Charming and Snow White, appear in more than one tale, and I feel it would have been better if they hadn’t, as there is an impression of the same ideas being re-cycled. Mostly the tales are entertaining, in a bawdy kind of way and quite well constructed.  Occasionally, the bawdy humorous tone seemed overdone and getting too like fan fiction.

The book is quite well produced, with no obvious typos and each chapter is opened with a traditional-style illuminated letter, e.g. ‘O’.

Worth checking out if you like modern dark fantasy with a touch of humour.

You can find out more about CL Raven and their other books on their website clraven.wordpress.com